Modesy allows you to shop from anywhere in the world.

A letter from members 9 days ago 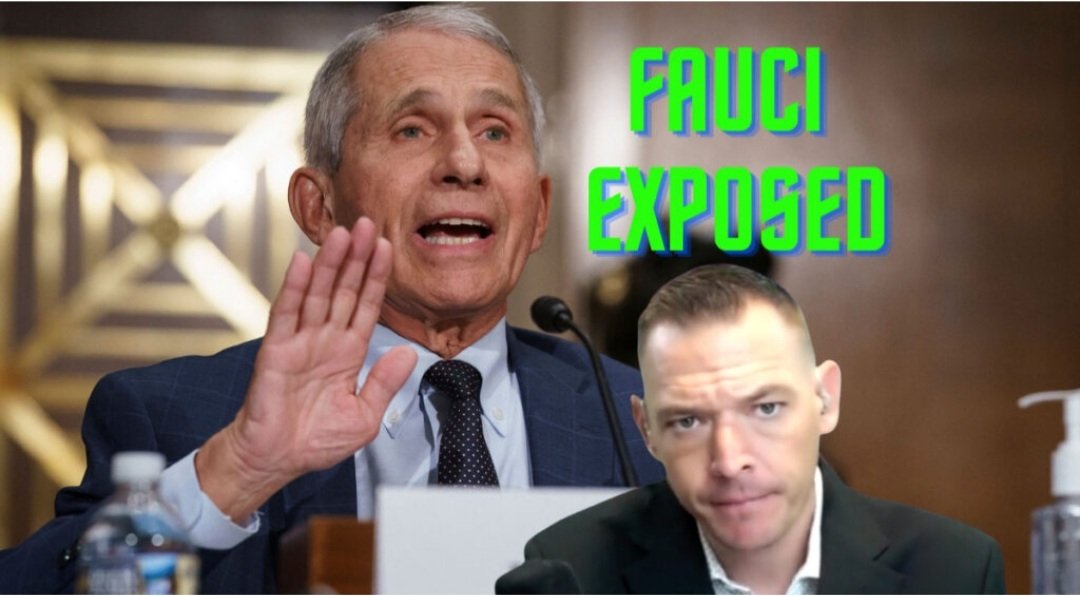 Last July, during testimony before Congress, Fauci categorically denied that the United States funded any gain-of-function research at the Wuhan Institution of Virology.

When Senator Rand Paul suggested otherwise, Fauci replied, quote, “You do not know what you are talking about quite frankly and I want to say that officially.”

Well, now we have new internal documents from the National Institute of Allergy and Infectious Diseases, the organization headed by Fauci.

For some unfathomable reason, those documents had to be obtained by The Intercept through a Freedom of Information Act request, when they should have been made public to everyone immediately last year.

These documents reveal that Fauci either lied or simply didn’t care about verifying the truth to protect himself. For instance, here is a grant that Fauci’s organization chose to fund. Quote: “Understanding the Risk of Bat Coronavirus Emergence.” Under the grant, an organization named EcoHealth Alliance received $3.1 million to study bat coronaviruses. That grant included $599,000 specifically for the Wuhan Institute of Virology to identify and alter bat coronaviruses that might infect humans.

In the words of Rutgers professor Richard Ebright, quote, “The materials confirm the grants supported the construction–in Wuhan–of novel chimeric SARS-related coronaviruses that combined a spike gene from one coronavirus with genetic information from another coronavirus, and confirmed the resulting viruses could infect human cells.”

The newly published materials confirm that these altered viruses were more capable of infecting humans than the original coronavirus being worked on. And Ebright then says this. Quote, “The documents make it clear that assertions by the NIH Director, Francis Collins, and the NIAID Director, Anthony Fauci, that the NIH did not support gain-of-function research or potential pandemic pathogen enhancement at Wuhan lab are untruthful.”

So one year ago, you’d be called a conspiracy theorist and censored online for suggesting too loudly that the Chinese coronavirus, which emerged about ten feet away from the country’s biggest virology lab, might have leaked from a lab. A big reason they did that is that Dr. Fauci lied to the public, just like he incompetently whipped back and forth on masks, on lockdowns, on the virus itself.

I want to go back and read some quotes from Doctor Fauci. All of these are statements he made, under oath, before Congress.

-“[T]he NIH and NIAID categorically has not funded gain-of-function research to be conducted in the Wuhan Institute of Virology.”

-“[W]e have not funded gain-of-function research on this virus in the Wuhan Institute of Virology.”

-“I don’t know how many times I can say it, Madam Chair, we did not fund gain-of-function research to be conducted in the Wuhan Institute of Virology.”

At a minimum, Dr. Fauci is grossly incompetent and should be fired. The fact he’s held the same job for the past thirty-seven years is already a stinging indictment of our fake meritocracy. Getting rid of him is the first step toward fixing things. But honestly, this level of dishonesty may step beyond incompetence. It could be criminal. The possibility certainly deserves to be investigated. If a person died in your home, and you lied to police about what the reason was, don’t you think you’d be investigated? So why shouldn’t Fauci be investigated for lying about the cause of 500,000 deaths?

And what we’ve seen already is minuscule compared to what’s to come. The virus boasting a recovery survival rate of nearly 100% seems to be the least of our concerns. Already, VAERS tells us the shots being called “COVID vaccines” have led to more adverse events and death than all previously approved vaccines, COMBINED! With an unreliable Vaccine Adverse Events Reporting System that a Harvard study tells us only accounts for 1% of actual instances, an eye-popping roughly 13,000 people are reported dead. Think about it. These injections have been available for less than a year, and if what we’re told is accurate, it’s possible that 1.3 million people have tragically and senselessly lost their lives because they were lied to.

Newly released documents detail U.S. funding for several virus research programs going to the Wuhan Institute of Virology in China. The documents, which were obtained by The Intercept through Freedom of Information Act requests, detail information about individuals including EcoHealth Alliance President Peter Daszak and their connections to the lab. And in related news, Sen. Rand Paul claims that the documents show Dr. Anthony Fauci had been lying about funding gain-of-function research.

In this live Q&A with Crossroads host Joshua Philipp, we’ll discuss these stories and others, and answer questions from the audience.

We’re being heavily censored by Big Tech. Our solution? Create our own independent platform free of censorship.

Join us today on EpochTV. We’ve got a country to save: http://epochtv.com/Crossroads

1 year ago A letter from members

2 years ago A letter from members

7 months ago A letter from members

8 hours ago A letter from members

WHO GAVE THE ORDER!?

2 days ago A letter from members

3 days ago A letter from members